PLENARY SESSION 1 | Monday, April 9 - 8:15 AM - 9:30 AM
Habitat fragmentation: a long and sordid tale, a new beginning, and some unsolicited advice

What is the scientific basis for conservation policies that protect large, contiguous natural areas but do not protect small areas, even if numerous?  It turns out there is none.

In its earliest manifestation in the 1950's, the concept of 'habitat fragmentation' referred to an increase in the number of habitat patches, which often (but not always) co-occurs with habitat loss. A decade later, this original concept was eclipsed by the theory of island biogeography. From that point onward, instead of measuring fragmentation as the number of patches in a landscape, researchers measured it as the size or isolation of individual patches. This shift in scale caused the complete confounding of habitat fragmentation with habitat amount, leading to the widespread assumption that a single large patch has more conservation value than several small ones of the same total area.
​
I present the 27-year history of my role in the fragmentation debate. I conclude that habitat fragmentation as originally conceived is generally not detrimental to, and often benefits, ecological responses. While there may be practical reasons to focus conservation exclusively on large, contiguous areas, there is no scientific justification for this choice. 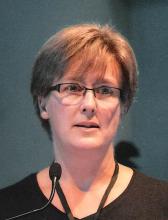 Dr. Lenore Fahrig
Dr. Fahrig is a Professor of Biology, and co-Director of the Geomatics and Landscape Ecology Research Laboratory, at Carleton University in Ottawa, Canada. For decades, she has studied the responses of wildlife, including plants, arthropods, birds, amphibians, reptiles and mammals, to human-altered landscapes. Her research combines simulation modelling with field data to evaluate the effects of habitat loss and fragmentation, road density, and the configuration of farmlands and cities, on species distribution, abundance and diversity. Dr. Fahrig has co-authored over 200 publications, with over 30,000 citations. She has been awarded the US-IALE's Distinguished Landscape Ecologist award, and she is a Fellow of the Royal Society of Canada.

PLENARY SESSION 2 | Tuesday, April 10 - 8:15 AM - 9:30 AM
Dwindling numbers for an iconic insect: A conservation biologist ponders moving beyond the documentation of declines

Monarch butterfly populations have been declining over the last 20 years. Because insect numbers are notoriously difficult to assess, and because they often show large year to year fluctuations, simply documenting this decline has been a challenge. It is now important to move beyond simple documentation and toward responding to the challenge posed by monarch conservation, and insect conservation in general. Monarchs are negatively impacted by many human activities, particularly habitat degradation and loss, pesticide use, climate change, vehicular collisions, invasive species, and pathogen spread in their dwindling numbers. Attributing the share of losses to each of these pressures is complicated by its population variability in time and space, thus complicating conservation solutions.

In this presentation, I’ll describe the amazing biology of migratory monarch populations, and the work of citizens and scientists in documenting monarch numbers at all stages of their migratory cycle.  I’ll then discuss threats to monarchs, and potential responses to these threats. Because conservation biology must be at its essence a science of hope, my focus is on positive changes as well as on the challenges posed by declining monarch numbers. 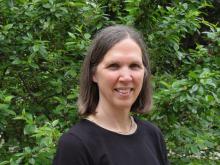 ​​Dr. Karen Oberhauser
​Dr. Karen Oberhauser is the Director of the University of Wisconsin – Madison Arboretum, where she is continuing her 30 years of research on the biology and conservation of the monarch butterfly. She has initiated multiple “citizen science” projects, involving K-12 students and adults to monitor monarchs and their habitat. Dr. Oberhauser also co-chairs the steering committee of the Monarch Joint Venture, a 60+ organization partnership for monarch conservation across their migratory range in the U.S. She has written extensively in peer-reviewed journals and books on monarch ecology and conservation, including several papers on the level of risk generated by genetically-modified corn and the herbicide Round-Up on monarch populations. In 2013, Dr. Oberhauser was honored at the White House as a “Champion of Change for Citizen Science”.

​To be an ecologist in this age is to live in “a world of wounds:” our Earth has been widely trampled by people and threats to the things we love far outnumber causes for celebration. While some choose to harden their shells to the reality of environmental degradation, many more of us are engaged in efforts to preserve, conserve, and restore what we can. Here I present my story of engaging in with farmers, rural communities, businesses, and government to preserve biodiversity, conserve soil, and restore ecological function to agricultural landscapes in Iowa, a leading agricultural state with disproportionate influence on US farm bill legislation. I argue that the agricultural sector is a particularly important one for ecologists to engage because, worldwide, it has been responsible for more habitat conversion, water pollution, and global warming potential than any other segment of the economy, and the demand for food and other agricultural products is unlikely to subside. I furthermore argue that the concepts, knowledge, and tools of landscape ecologists are highly relevant to agriculture, but require expansion to more fully include the social in addition to the natural sciences to make more widespread progress toward achieving environmental outcomes. I share examples of how my research teams have done so to great effect in Iowa, and suggest lessons that may be more broadly applicable to landscape change efforts elsewhere. 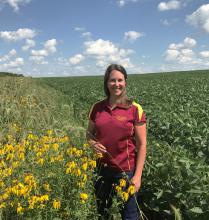 Dr. Lisa Schulte Moore
Dr. Schulte Moore is a professor in the Department of Natural Resource Ecology and Management at Iowa State University. Her research is concentrated in human-landscape interactions in forested and agricultural landscapes, most recently on the ecological and social benefits of integrating perennials into agricultural systems. Dr. Schulte Moore is a principle investigator in two large-scale projects: Science-based Trials of Rowcrops Integrated with Prairie Strips (STRIPS), and People in Ecosystems/Watershed Integration (PEWI). She has published nearly 100 peer-reviewed and extension articles, and has received several state and national teaching awards. She was also a Leopold Leadership Fellow in 2013, and a Kavli Frontiers of Science Fellow in 2014.

THANK YOU TO OUR 2018 ANNUAL MEETING SPONSORS