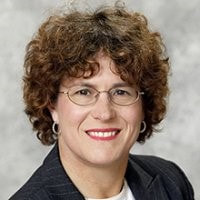 Dr. Carol A. Johnston, Professor Emerita at South Dakota State University, was awarded the 2022 Distinguished Landscape Ecologist Award by the North American Chapter of the International Association for Landscape Ecology (IALE-NA) at their annual meeting, which was held virtually in April 2022. This is the highest honor bestowed by IALE-NA and recognizes those unique individuals whose thinking and writing have helped to shape the field of landscape ecology.

Dr. Johnston served as a Faculty member at South Dakota State from 2003 until her retirement in 2019. Before then, she was a Program Director for the Ecosystem Studies Program at the National Science Foundation (2000-2002) and Senior Research Associate and Research Associate at the Natural Resources Research Institute at the University of Minnesota-Duluth (1985-2003). Dr. Johnston received her PhD in Soil Science from the University of Wisconsin-Madison in 1982. Dr. Johnston’s career has focused on the landscape ecology of wetlands, with a focus on the beavers as key ecosystem engineers. She was an early adopter of geospatial techniques, evidenced by serving as guest editor for an early issue (1990) of the journal Landscape Ecology on “GIS: More than just a pretty face”. She synthesized much of her work on the spatial dynamics of beaver-influenced landscapes in a 2017 book published by Springer; “Beavers: Boreal Ecosystem Engineers”. One of her nominees stated that, “she has amassed an impressive body of scholarship on how one non-human species shapes and reshapes the wet/land interface, driving ecological dynamics across watersheds”.

More recently, Dr. Johnston’s work has focused on the conversion of wetlands to croplands in the northern Great Plains. In a nomination letter, a colleague outlined that this work has helped to “shape and inform the policy dialogue around the Renewable Fuel Standard that the US Environmental Protection Agency administers.”

Dr. Johnston has made many contributions to Landscape Ecology and Ecology more broadly. She has served as President and Vice-President of the Society of Wetland Scientists, been active within the Ecological Society of America, and served for many years on the editorial board of Ecological Applications.

Johnston is a prolific author with over 100 peer-reviewed publications in journals and book chapters and has authored or co-authored seven books. Her 2017 book on beavers has been highly influential, with more than 7000 downloads from Springer. She is ranked in the top 2% of scientists in ecology. She is a fellow of the Society of Wetland Scientists and has served on numerous committees of the U.S. National Academies, the National Science Foundation and the Environmental Protection Agency.

For more information about Dr. Johnston, please visit her website at https://sites.google.com/d.umn.edu/carol-a-johnston/ and https://www.sdstate.edu/directory/carol-johnston.